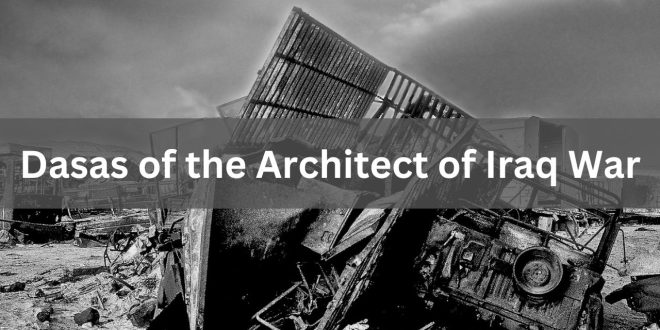 Dasas of the Architect of Iraq War

That’s what Donald Rumsfeld is called by the Press. He is no more in the battlefield, ousted by all, deserted by his mentor against popular vote is what is his fate now. All of us heard of his resignation & though post mortem astrology is the easiest but astrology is about learning this Vidya through various methodologies & not fame associated with predictions. Many traditionalists use minimum 4-5 dasas to predict a single event whereas modern astrologer uses max one due to time limit. Lets apply various dasas & other methods in ‘brief’  to see the event through our jyotish eyes & maybe develop some of it further.

Event: 8th  Nov 06, it was announced he would resign  from one of the most powerful positions in the world.

The issue is how we look at it – is it a good event for him or a bad event. Any average person in the position he held would swear that it is a life of tensions that are unbearable where complete performance of our job is not in our hands. So when a person lets go of that job or is forced to do so, does it mean good times might have come his way or bad times – its subjective.

The aim of this write up is not to see the yogas or authenticity of the chart which has already been done a lot on Internet groups. 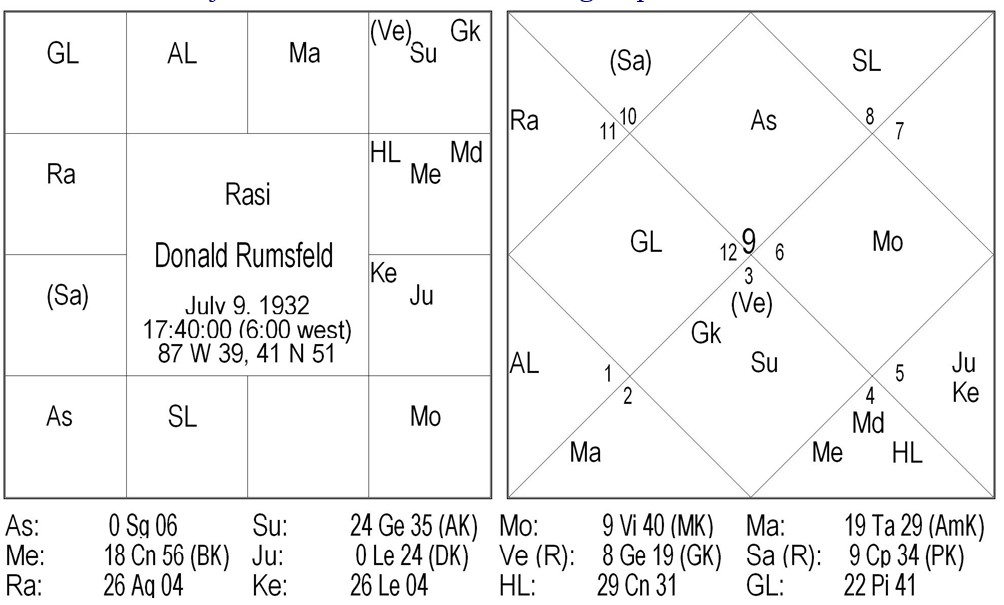 There are many  significant things in this chart but before we get on to our aim, pls note that Moon is in Kula Naasa (family ruiner) Shastiamsa in his 10H of career, the last 44 months he has been called a destroyer of families ( meaning Kula Naasa) or was he just doing somebody else’s dirty job.

Whenever the10L is in 8H, it shows there will be downfall and most important it would be due to non-competent skill sets of the person.

Many scholars have published this methodology though one of the first ones was Shri C.S.Patel in his illustration of Amitabhs horoscope. 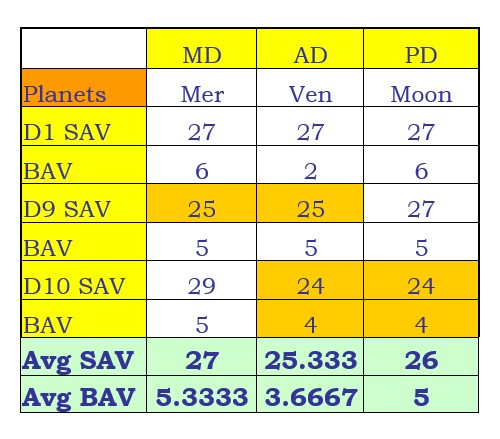 The yogini dasa lineage was too bad & hence created such an event.

Moola Dasa some use for timing curses but other traditionalists use it more successfully to time ‘Current Karma’ which is what life is all about.

Rahu MD is in 3H of death (secondary house of death) & Sat® AD is 2H of maraca, for Sg lagna Sat is a pure maraca & here esp it disposits Rahu(Gk – enemies in Jaimini 8 chara karaka). Mars is 12L in 6H of enemies, 3 malefics in dasa sequence something bad surely has to happen & all 3 planets are badly disposed indicating end of an era

Ghatika lagna shows ones seat of power & fame, especially useful in charts of big people. Any loss to ones fortunes esp in concerning power will be easily seen in dasa when reckoned Ghatika lagna. Here we use a rare but effective variation of Moola Dasa as reckoned from Ghatika lagna

SD Jup is LL in 6H of loss in Rahu/Ketu Axis All amounting to loss of power & hence loss of post.All this must be confirmed from D10 too.

So confirmation of what we saw in D1 is seen in D10.

Transits & Eclipses: Briefly we touch through some nadi methods.

Previous The Moon that Pleases and Punishes by OCHAVLAL A. JANI
Next Planet – Sun