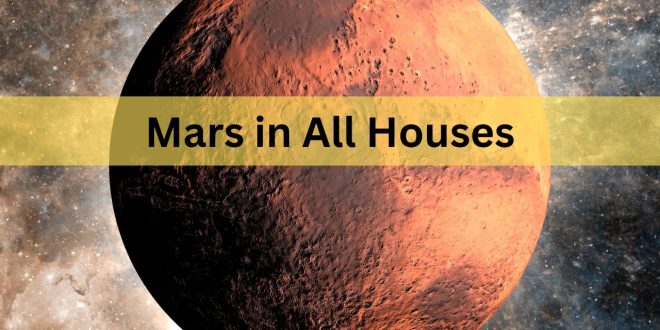 Mars in All Houses

If Mars is in the 1H. Do not take free gifts or Charity from anyone.  Do not speak lies.  This will work like poison in milk, even your Destiny will not support you. Do not keep Ivory items at home. This is a chart of a male who was working in the police department. He had been to prison and still out on bail.14 Feb 1965. 21:00hrs. Mumbai. At present this person is in construction business. He  does not take free gifts or tell lies.

Do not take free gifts or Daan from anybody.

Do not speak lies.

Do not keep Elephant tusks items at home.

If Mars is in the 2H,Do not neglect or ignore your brother.The more you help him  or take care of him, the more your prosperity increases.

Do not Neglect your brother.

Do not insult your Mother or Grandmother

If  Mars is in the 3H, Do not be proud or Stubborn. Do not have any type of vices or indulge in extra marital affairs. The woman he marries will be of a suspicious nature,always  even if he is not involved in any affairs.

This is a chart of a female who is into the film industry, sometimes as a dress designer, sometimes organizing promotion events.Her Husband was a well known person who expired untimely due to a chronic diseases.After that she has been flirting with many men and not being successful in any relations and work.

Do not let your stomach come out as it may lead to blood related problems.

Do not be proud or stubborn.

Do not indulge in vices.

Do not let your stomach come out

If  Mars is in the 6H  do not  distribute sweets on your childrens birthday,instead  give salty items.

This native works with a construction company since last 30 years and still insecure about his position in the company.Recently in April 2010 and again in April 2011 he was in prison due to being a middle person in property dealings.Around the year 2000 he was in an affair with a female from whom he has a son and he cannot do justice to his married life with his wife nor to the other female.Till this day he distributes sweets at every small occasion,even birthdays of his children. Always worried about finances.

This in my practical experience should be observed  even if Mars is not in the 6H.If it is not possible atleast ensure that  you offer sweets only to people who have come to your house and not send it to peoples houses.if this precaution is taken it brings Financial prosperity.

Do not distribute sweets on childrens  birthday.

Keep your character clean otherwise you will face financial crunch.

If Mars is in the 7H do not keep creeper plants or plants with broad leaves at home.

Do not take mercury related items as gifts.

Do not keep parrot as pet bird.

Stay away from relations representated by mercury ie: sister, fathers sister or always gift them with  Red clothes.

This  female is a daughter of a known Actor.She receives lots of gifts being in a large family and her dads large social circle.Her mother has planted many creeper plants at home and also has a parrot at home. All her relations break, not married still,could not be successful in her film career and has now gone into depression and isolated herself from all her near and dear ones.

Do not keep creeper plants  or plant trees with broad leaves at home.

Do not take items of Mercury as Gifts.

Do not keep a parrot at home.

If Mars is in the 8H, Do not insult or hurt a widows feelings.

Do not build a Furnace below the floor.

Do not have the main door of the house in the south direction.

This person has Mars in Aries in 8H.He is jobless since the last 23years.Drinks a lot everyday.His wife and children have separated from him.They stayed in a south facing house.He stays with his mother and brother. His brother is a well known person in the Film Industry.He does odd jobs of the house of his brother and drinks from the wine bottles his brother keeps at home. Also very rude at talking with everybody.At times he has a habit of flicking money.

Do not hurt a widows feelings.

Do not build a furnace below the floor.

Do not live in a south facing house.

If Mars is in the 9H do not become an atheist.Follow the traditional customs and rituals.

This is a chart of a native who has mars in the 9H.

He is a very successful Director of a Multi-national company.A very religious person who follows all the rituals religiously. Male 27 December 1970 10:50. Mumbai.

Do not become an atheist and follow traditional customs and rituals.

If Mars is in the 10H, do not sell ancestral property or gold of the house.

Ensure that milk does not overflow on the fire or it creates obstacles to children.

This is a chart of a one time film actor and now a very successful documentary film maker.He has Mars in Aries in 10H.

This native has exhalted mars in 10H.He is settled in Dubai. He keeps buying properties  and lots of gold for his wife.

I know of a female client, a successful business woman in Dubai having Mars in Taurus in 10H.Does not have a child even after many years of marriage.

Do not sell ancestral property or gold of the house.

Do not allow milk to overflow on the fire while boiling.

If mars is in the 12H, do not let the knifes or any weapons if you have at home become rusted.

Do not keep mars items with you.

The elder brother of the native should not wear red clothes.

This  female is not married.She has rusted scissors and knifes at home. She does not wish to dispose them

This person is into construction business, and has all the antique showpieces and metals shinning.

Do not keep mars items with you.

The elder brother should not wear red clothes.