Role of Rahu & Ketu At the Time of Death

In Nadi Astrology Jupiter is Jeeva Karaka (Life Force Karaka) and Saturn is Karma Karaka (Significator of Ones Karma. Rahu is known as a Kalpurusha and Ketu is known for dejection, obstruction, disputes and salvation (Mukti).

Planets other than Rahu & Ketu

In Nadi Astrology for Rahu & Ketu, 7th aspect is not given as the other node is affecting that sign. Clarification for the 12th Aspect, example if retro planet or Rahu or Ketu is in Leo then it will aspect on the 12th sign i.e. Cancer and 5th & 9th aspects will be on Aries and Sagittarius respectively.

Timing Death Of the Native

Nadi Principle: Transiting Rahu and Ketu play a significant role in timing the death of a native.

Whenever transiting Rahu establishes connection with natal Jupiter then it creates problems of ill health and accident to the Jeeva Karaka i.e., to the native and whenever transiting Ketu connects with natal Saturn (Karma Karaka) then it creates problems in the professional field but for death of the native, Rahu – Jupiter and Ketu – Saturn connections are required simultaneously.

Karma can broadly and loosely be interpreted as Ones Actions. – SA

Postulate 2: Tr Ketu aspects natal Saturn: Transiting Karma Mukti Karaka Ketu was connecting with its 5th aspect (Ketu moves in reverse hence not 9th but 5th aspect) to natal Saturn from Scorpio, satisfying both the postulates which is a clear indication of end of life. 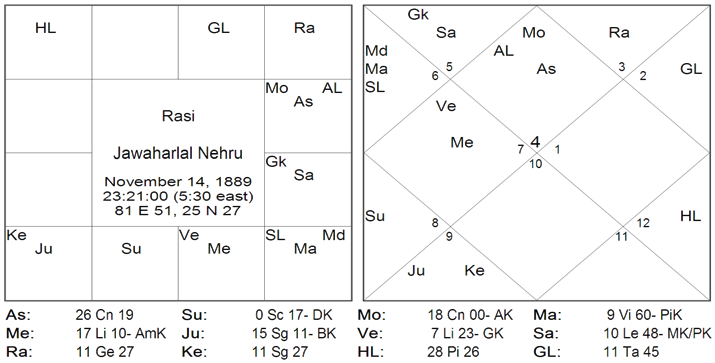 Postulate 1: Tr Rahu aspects natal Jup:  At the time of death Jeev Sankat Karaka Rahu in Ge was influencing over natal Jupiter in Sg by Jupiter’s 7th aspect over Tr Rahu and

Postulate 2: Tr Ketu aspects natal Saturn: Transiting Karma Mukti Karaka Ketu was connecting with its 5th aspect (Ketu moves in reverse hence not 9th but 5th aspect) to natal Saturn from Sagittarius, satisfying both the postulates which is a clear indication of end of jeeva (life) and karma. 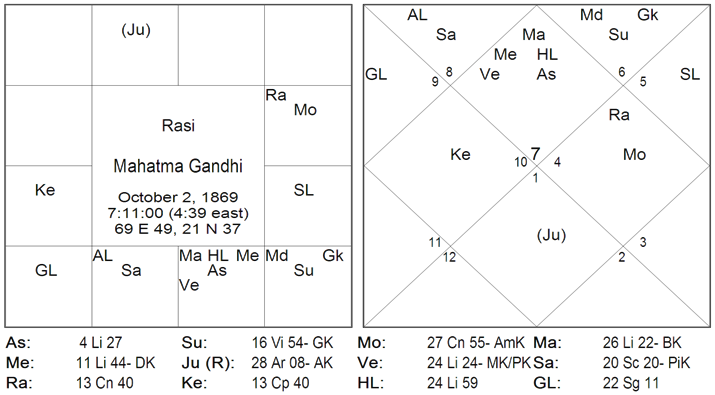 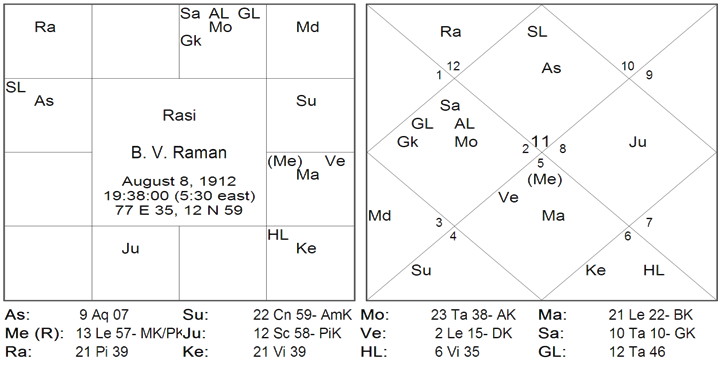 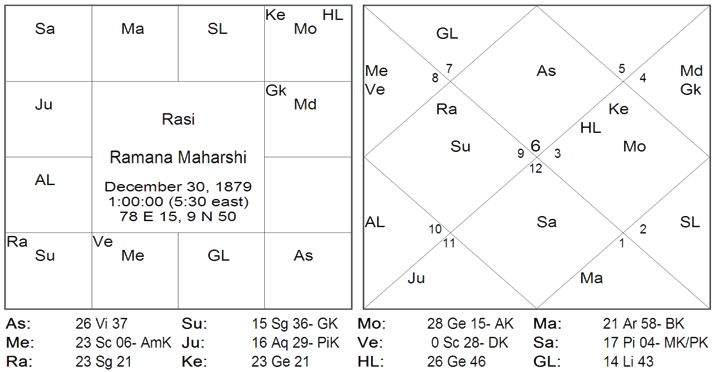 Any technique cannot be demonstrated over 1000’s of charts by any writer and sometimes readers get swayed over by articles where the author has picked up few charts and showed its working but there are always exception charts and we did find some such charts where this technique works with 70 % of the postulates only unless one uses the 2nd aspect of nodes which is a point of debate among nadi astrologers and not used here. One must also remember that no technique of a type of event (in this case death) will work on all charts of that type of event, some other technique will work on that chart, hence the Rishis have given various methods of transits on a particular type of event and not just one technique. Even the Rishis with all their divya drishti (divine sight) have not come out with a technique that will work on all charts like a panacea for all evils type. Modern astrologers commit this mistake of creating one Master technique for an event and so do modern readers commit the mistake of testing one technique on all charts. This type of mistake has happened by most of the readers in the last 100 years of modern astro journalism. I request all my colleagues to test this technique on more and more horoscopes and refine it further.