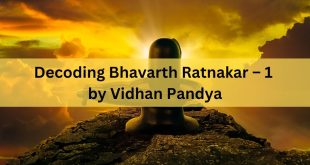 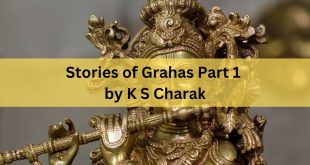 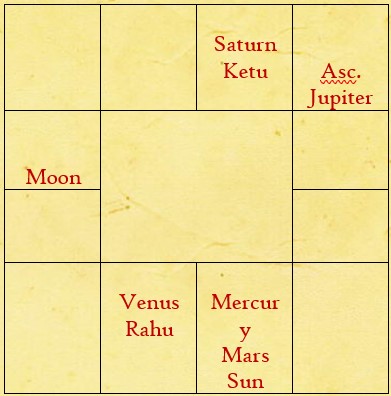 Kindly tell me the results of a horoscope where Mercury, Mars and Sun in Libra, Venus and Rahu in Scorpio, Moon in Aquarius, Saturn and Ketu in Taurus, Jupiter in Gemini and Lagna is Gemini.

The native of this chart lives in a street running east to west and the main door of the house facing south. That is his father’s house. On the western side, there is a junction of four roads, a Shiva temple, a temple for Goddess Kali and a temple for Lord Ganesa. Nearby there is a garden and a large deep well.

While telling about the siblings of the native’s father, one brother and one sister will be there with long life. Details of the elder brother (of father): Black like the colour of Thirumal (Vishnu); Lean body; incapable of talking in public.

A modest person; A patient man; Filled with love and affection to others ; Will not talk insolently; not getting lazy in work; has good manners; devoted towards Lord Shiva; We will say that because of his wife good fortunes will come.

To perform the last rites, he will go and live with his side. Because of that there will be a big litigation; Then he will get the estates. Has the blessings of Goddess Lakshmi. We will tell about the native’s father. Mother! Listen.

has the desire to offer food (to others) and has the capacity to do so; will protect those who went to him or supported him. Has friendship of the King’s officers; has no secrets; always talks high level words; has the habit of speaking the truth; will repeat the words often while speaking or while discussing. Will conquer enemies.

Will get enmity with relatives; will disguise like Lord Shiva; has friendship of elders; has servants; a little short-tempered; will walk fast; will not have much wealth; a compassionate man; has courageous mind.

Has the capacity to rule the earth; Has influence; Has hot type of body; not having much interest in sex; has ‘Vishnu Rekha’ (Line of Vishnu) in hand; does not want to do sinful things; the native will be born as a son to such a person of character. We will tell about the native’s character.

Has faded color; lean body; keeps secrets; will acquire education; does not have association of low class people; capable of getting into relationship; gives alms and gifts; will get a good name from everybody; capable of talking sweetly; has wealth like fine gold etc.

Interested in eating sour tasty foods; will increase the fertile lands; has no bad characters; has much cattle, sheep like quadruped animals; not interested in prostitutes; will not speak unwanted words; dear to wife; liked by relatives.

Has good luck. Is a good-natured man. Has strong mind; will talk strictly; is capable of helping many people; will be modern; will perform the religious duties of his father and mother; about his wife and children-

We will tell at a later part. Listen to the sister’s matters. We will tell the loving first sister. Lives without any difficulties; has less progeny; words are sweet like sugarcane; dear to husband.

Will observe fast with piety; will help those in distress; a little short-tempered; has no siblings of her husband; not done any sin – Like that when the rishi was telling, Parvati started asking – What are the reasons for the ‘Putra Dosha’ – blemish of childlessness?

Because of the wrong deeds in the previous birth, she will not get children. If ‘Navagraha Shanti’ (Remedy for the Nine grahas) is performed and an amulet is worn, she will give birth to one male child and two female children and they will have long life.

Parvati asked, How to perform the Shanti? In the house where she was born (i.e. her parent’s house) after doing Puja, perform Navagraha Homam (casting of ghee, grain etc. into the sacred fire), perform Puja of Goddess Shakthi, perform meditation and then in a thin flat silver piece write the ‘Bijakshara’ (name) of Goddess Parashakthi..

And then the balance letters must be meditated and recited and then if she wares that, all the bad karmas or deeds will leave and children will be born – Thus we say. She also can have a life of a long-lived person. Oh! Parvati Devi! Listen.

Note:Navagraha homa has the power to counter flaws in the horoscope and enable a person to prosper in life in case astrological defects are the main blocks to his well-being. The homa is done to appease the nine planets i.e. the Sun, Moon, Mars, Mercury, Jupiter, Venus, Saturn, Rahu, and Ketu. Every planet has its own importance. Sun is the king of planets, which gives health. Moon is the planet, which rules over mind and gives success. Mars or Mangala is the planet, which gives prosperity and wealth. Mercury is the planet which gives knowledge, Jupiter gives education, Venus gives the knowledge of art, music etc. Saturn gives happiness and also teaches vairagya. Rahu makes the life stronger. Ketu prospers the family.

Navagraha homam is used to remove Doshas or reduce the effect by appeasing these planets. By doing this homa, navagraha doshas are removed and good results will accrue is what the rishi wants to convey.

The ‘Bijakshara’ means the seed Mantra. The continuous ranting of this seed mantra bestows great benefits. Bijakshara Mantra is different for different deities. It consists of a single syllable or a combination 2 or more syllables like – Ohm, Hrim, Kleem etc.etc.  This is always followed by other letters like nine syllabled or ten syllabled or even 30 syllabled mantras. What the Rishi states here is that the Bijakshara Mantra as applicable to Goddess Shakthi should be inscribed in the Silver petal selected for the purpose and the remaining mantras should be recited.  Mantra Shastra is a vast subject, my job is only translation, and so I cannot transgress my limitations. Just for the knowledge of the readers, I pointed out some of the meanings as available in Mantra Shastra.

We will tell the news of the second sister. She is deceitless; living comfortably in her birth house; walks fast; has much wealth; No cheating ideas in mind; after marriage will go with her husband and live separately. (Means he will leave her parent’s house and will live with her husband)

While looking at the ‘Putra Bhava’ i.e. issue of children, she will have two sons and two good-natured daughters and will live with perfection. We will say that she will have long life. Oh! Penance doing Parvati!

We say that the age of marriage of the native is 21. Her wife will come from the northern direction from his house. We will tell about her character. She is a true-minded person; will be with virtue and follow rules; she has a lot of luck.

Will have the habit of offering food to the poor; She will be behaving with goodness with all. Dear to her husband; has good manners and conduct; has all sorts of happiness and prosperity; after her marriage and when she reaches her husband, incomparable wealth will be accumulated.

We will tell about native’s progeny. Will have two sons and two daughters and they will be with long life. Further three will be born but will pass away. Oh! Mother of Lord Ganesha! Listen.

Mother will be of faded color; less secreteive; bilious body; faultless; has the good habit of behaving according to the wishes of her husband.

We say that mother’s family will be wandering one. Out of three siblings two will die. One will be steady. He will go to a foreign country via ship. We will tell about her previous birth. Mother! Listen.

In a big place to the west of Kancheepuram, born in a potter’s family, gave birth to children, worshipped Shiva, the eater of poison of cobra, lived without difficulties, died before her husband;

created by Brahma again and she was born – we said like that. Parvati, Wife of Lord Shiva asked: You said that her siblings would be lost. You also said that she would be wandering. What is the reason for that? Oh! Parvati! Listen (Rishis started telling)

In the previous birth, when she was living comfortably, one day a rishi came and asked for a vessel for cooking food. She also gave a vessel made of pot. Rishi also cooked in that vessel. When the rice was boiling, the vessel broke.

All the boiled rice fell to the ground. When seeing this, the rishi cursed that her house will be destroyed and her lineage will not prosper. That curse continued and reached her in this birth.

In the next birth, to the east of Thirukazhukundram (a place) in a big place she was born in this race. Will live by getting lot of wealth. We will tell about the history of the previous birth of the father. Oh! Parvati! Listen.

In the previous birth, he was born in the same race in Puducheri town (Now called as Pondicherry). When he was living with wife and children, after constructing a big house, having done big business in the world and praised by all people in the world,

We will tell about the curse that came upon him. One businessperson has borrowed money from him (native’s father) and was doing business. He incurred heavy loss in the business and hence could not repay the debt and with grief-filled mind, he went to another place.

The native’s father took all his house and lands and constructed a choultry for the pilgrims (those who do penance). The businessperson’s wife suffered without a house and she cursed. Oh! Mother! Further, listen.

While leaving this birth, she said that in the next birth, I would take birth in your race; I will quickly create enmity, and will create great loss (of money). She also in the last days after getting easy death,

She gave birth – we said like that. That girl also gave birth in this race, later became enemy. However, whatever is the enmity or displeasure in the end the native’s father will be victorious.

As we said, father will be a sharp clever man. A pious man; will have mature understanding; interested in doing moral and religious things; has submissive qualities. Oh! Mother! Further, listen.

We will tell about the death time of native’s father. In the native’s 36th year, it will happen. For the mother the death will be in his 38th year. Oh! Giver of the elephant headed God to the world! Listen and have mercy!

We will tell about the native’s death time. In his 60th year, in the month of ‘Purattasi’ (It is a Tamil month name, which falls between 15th Sep. to 15th Oct.) On the New Moon day, died because of bilious disease. Oh! Worshipper of the people doing great penance! Parvati! Listen.

We will tell about the previous birth of the native. In Thiruvalangadu (a place), took birth in the ‘Vanniar’ caste (a race prevalent in Tiruchirappalli and Madurai districts of Tamil Nadu) and lived with much landed properties and wealth and jewels. He was dear to the Brahmins, and was doing service to Lord Subramanya.

On the roadside he kept water-sheds or water booths, solved the grievances of those who come there tired, did service to the Lord Subramanya which was there and died, again because of Brahma,

We said that he took rebirth in this ‘Vellala’ (one of the agricultural tribe) race. We will tell about his re-birth. He will take birth in the family of Brahmin knowing Vedas, in Kancheepuram. We will say he will live with nothing in want. With luck,

and good fortune, he will live, praised by his relatives, with good character and helpful to the people of the world. Will not go back on his promises. Will have eloquence, will have increased grains (from his field); doing agriculture, he will increase the wealth of his father. 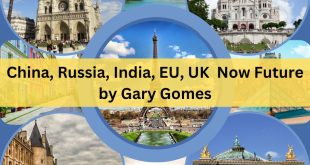 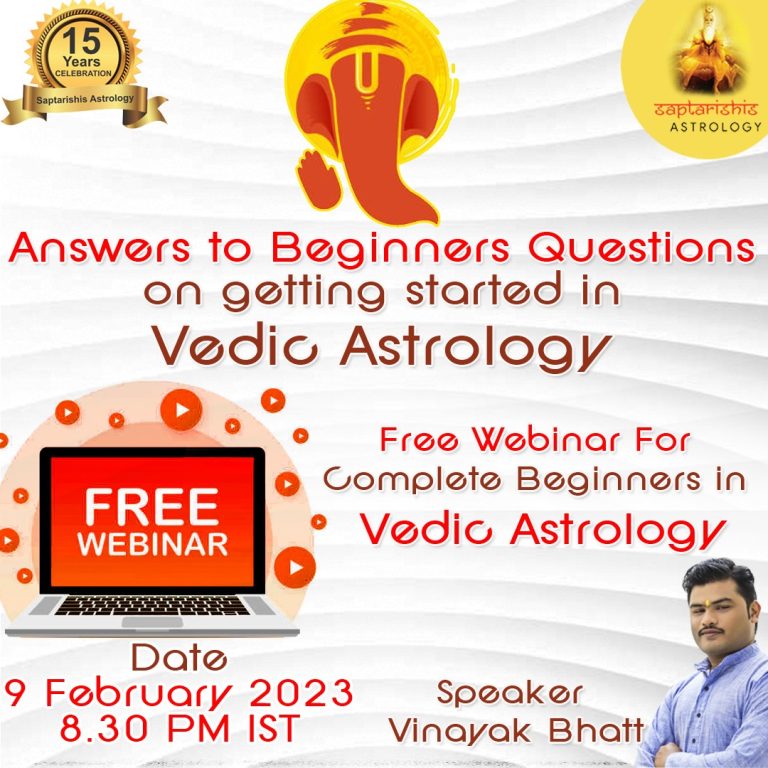 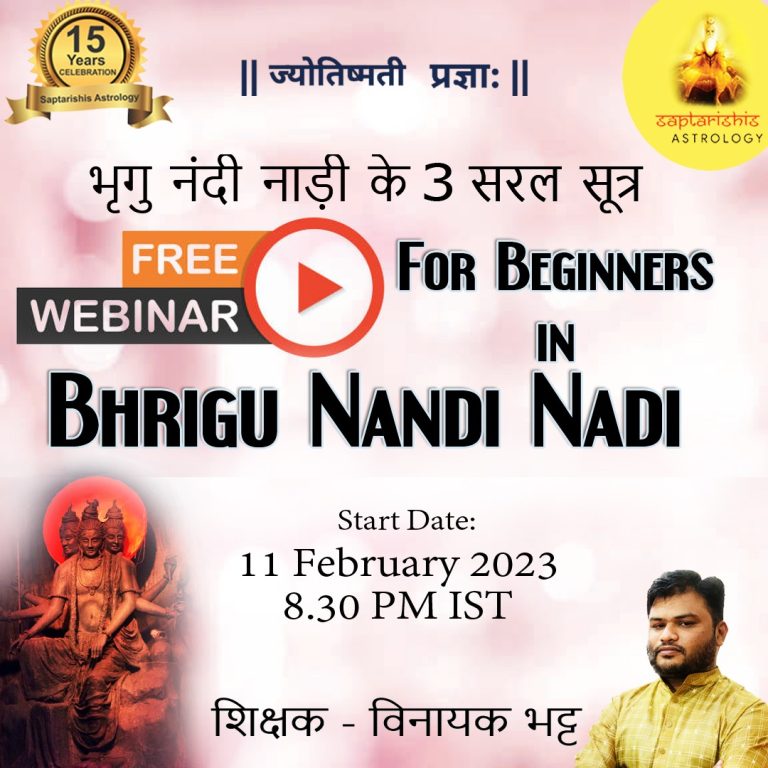